RADIO HALLINGDAL WAS FOUNDED IN 1985.

Radio Hallingdal has 14 transmitters, which cover an area from Krøderen in the S. East to Krøderud in the N. West.

Rita Stavn is the competent lady that is responsible for running the daily business of Radio Hallingdal. Her title in Norwegian is ’Daglig Leder’ . Our Editor is Knut Medhus, known in Norwegian as a ’Redaktor’. He creates programs and sends reports from the local council meetings in Hallingdal. A former teacher turned ’Radio’ man, he has been involved in the various stages of development of Radio Hallingdal, since 1985. A reporter continually on ’the go’, whether it be reporting from the council meetings or interviewing local politicians, or just plain motivating children to tell a story. ’Sometimes a difficult job’ says Knut. He has a good memory for voice’s … can often refer by name to the many of in ringers to his Friday night program. Knut shares his time between the Radio Station and the politician’s bench … being an eager Centre Party member … he is often to be found in the thick of debates in the local council chambers, and contributes often to the ’Readers Column’ in our local newspaper ’Hallingdølen’.

News, entertainment and culture , that is the profile for the station. National news is important … but equally important is local news and involving the ’locals’ in providing that news.
Entertainment comes in many diverse forms. Music … discussions …interviews … all of the many things that make up the interests of a local community.

The music played on the station is of a wide and varied character. Ranging from ’Pop’ to the more serious classical. Including Country and Western and local folk music.

The station has a large number of voluntary workers … who make programs … work as technical assistants and in general keep the station going. Normally there are about twenty.

Easter is one of the most important times of the year at Radio Hallingdal. The reason being it is the last of the holidays of the year, apart from the Summer holidays.
At Easter, everyone who has the possibility escapes to the mountain’s … for that last ski tour of the year.

Many Norwegians enjoy having a cabin in the mountain’s … whole families come together for the Easter break. Because of this mass escape to the mountain’s, there has to be a certain amount of control. In Hallingdal this task is undertaken by, The Red Cross.

Large numbers of Red Cross members take it in turns to work shifts … to provide aid in the event of accidents … or to help in emergency situations. There are also Doctors and Ambulance personnel on call. The Red Cross have their own ambulance, which is also on duty. At the same time The Red Cross members go out on patrol and provide the first line of aid in the event of accidents … snow slides … avalanches.
In the event of avalanches … dogs as well as voluntary helpers are on duty. The dogs are used to search for buried victims of the snow avalanches. Radio Hallingdal provides a continual report of what is happening on the slopes. Programs are on the air for many hours a day .

Christmas is another time when Radio Hallingdal pulls out all the stops. The station has a tradition on ’lille juleaften’. Norwegians celebrate Christmas Eve the 24th more than Christmas Day the 25th and on the evening of the 23rd of December a sort of rehearsal for the main event on the 24th. Radio Hallingdal on the evening of the 23rd, rings up various people from Hallingdal who are abroad. Most are youngsters who have taken the opportunity to be educated in colleges and universities, all over the world. For some it is an emotional moment … knowing they are far from home and their families.

We aim towards the age group 30 and upwards although Radio hallingdal is trying to encourage the younger listener.

Radio Hallingdal works closely with the National Carrier NRK and the local NRK Buskerud.
Sometime early in the year 2001 Radio Hallingdal will be taking the big step into the world of modern technology. The stations programs will be available on the Internet. Any where in the world will only be a ’click’ away. Our local newspaper ’Hallingdølen’ will also be going on the ’net’ from December 1st. This means that no matter where you are in the world you can keep in touch with the local news. 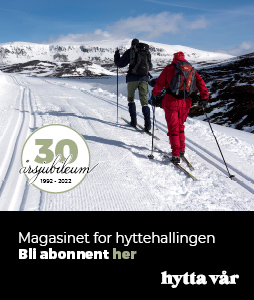 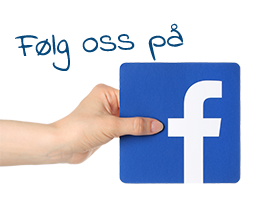